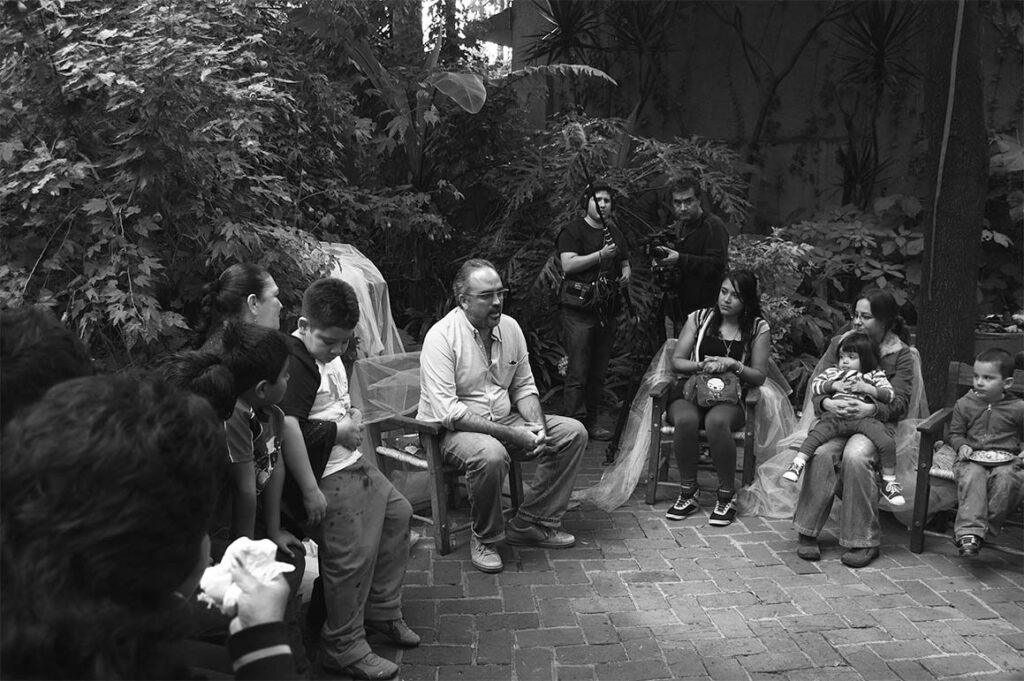 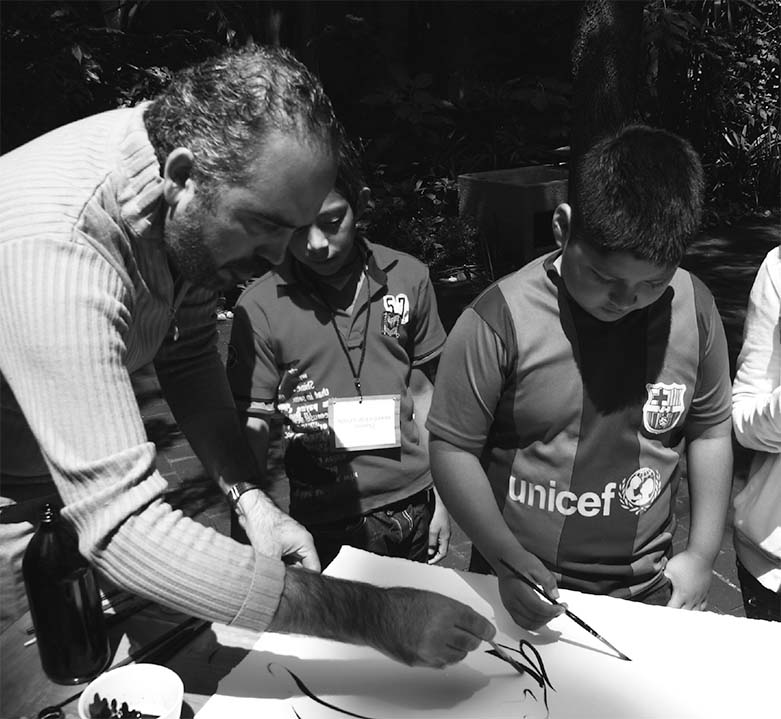 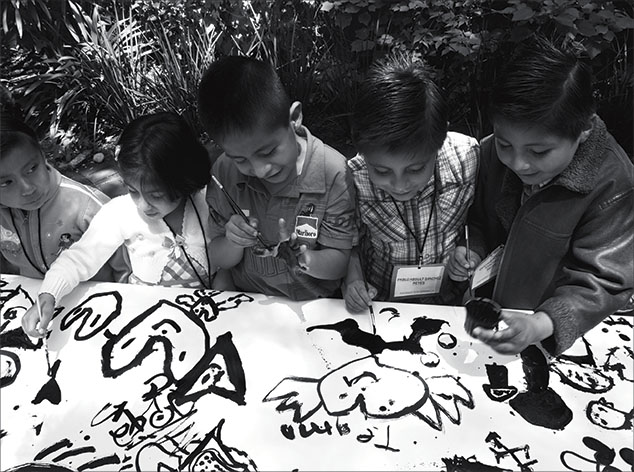 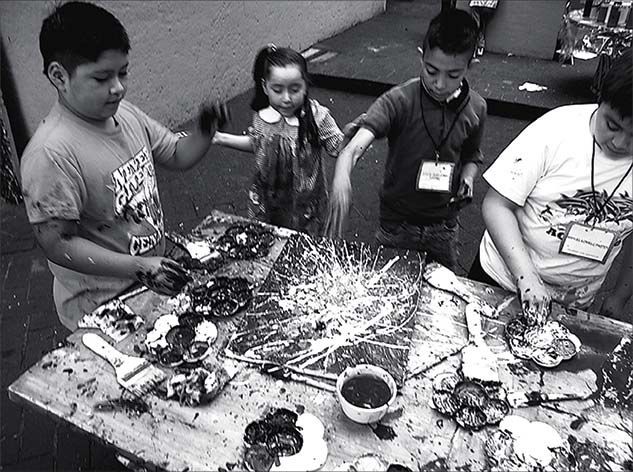 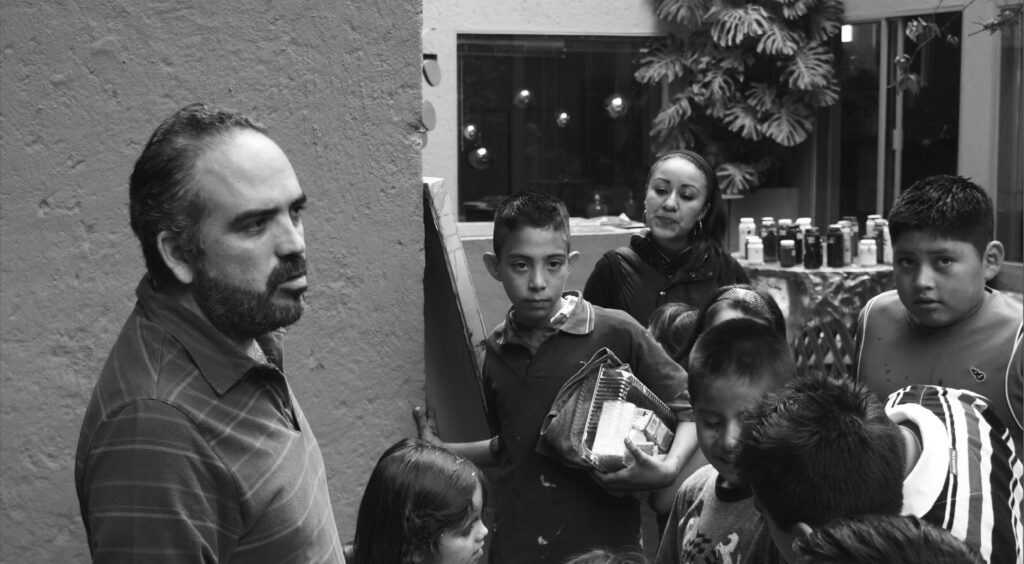 The set of works Manos manchadas de pintura is the result of three artist workshops presented by Emiliano Gironella Parra on the 26, 27 and 28th of June, 2011, at his studio in El Aire Centro de Arte, A.C., Colonia Tizapán Pueblo, México City. These painting workshops were attended by 14 girls and 22 boys, ranging in age between 4 and 14, all of whom were the children of Mexican Federal Police officers who had been victims of violence. During the three successive workshops, the children along with Emiliano Gironella Parra created a total of 88 paintings in different formats—between 11″ x 14″ and 40″ x 60″—all of them in mixed media: acrylic paint, printers ink, gold and copper leaf, and on paper. The works were created and worked on first by the children, and then by the artist, either during or after the end of the workshop. The artistic participation of Emiliano Gironella Parra consisted principally in stimulating the children’s creativity, guiding them artistically, and giving visual coherence and finishing touches to the works that they had created spontaneously. 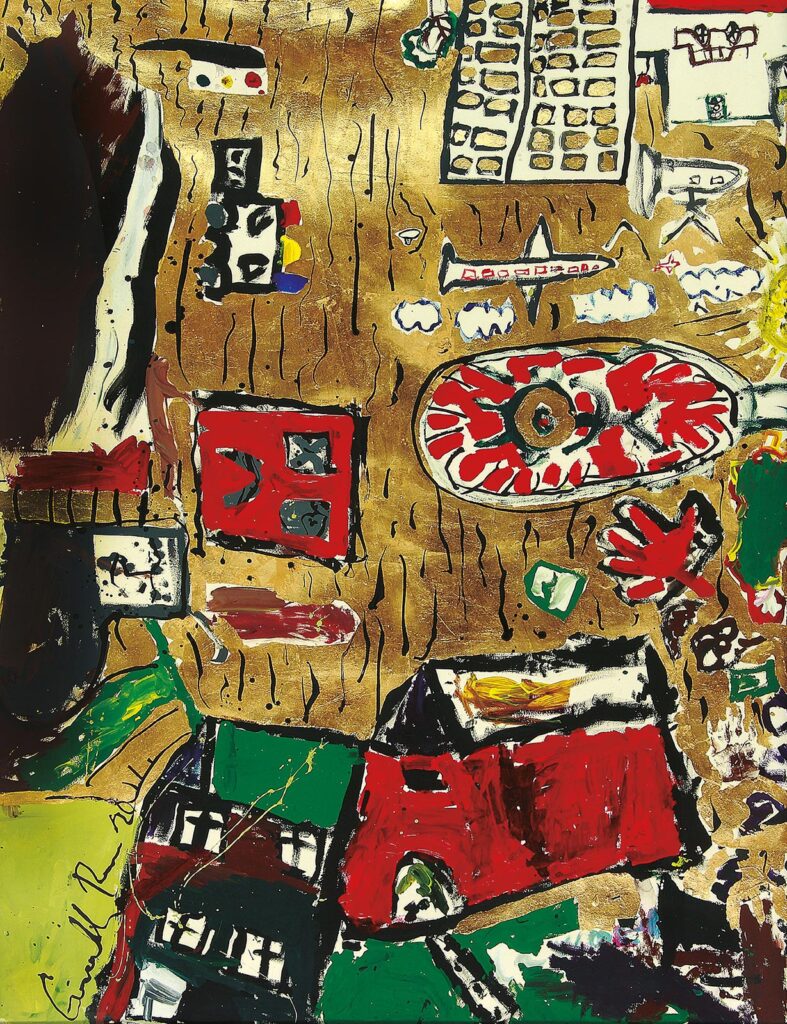 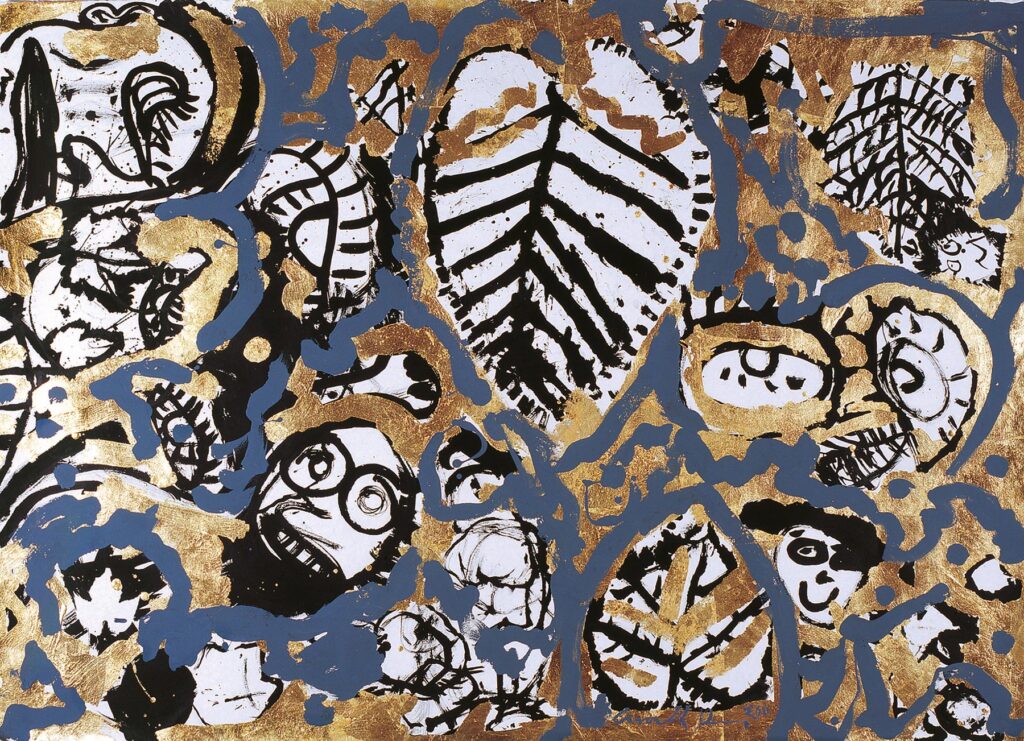 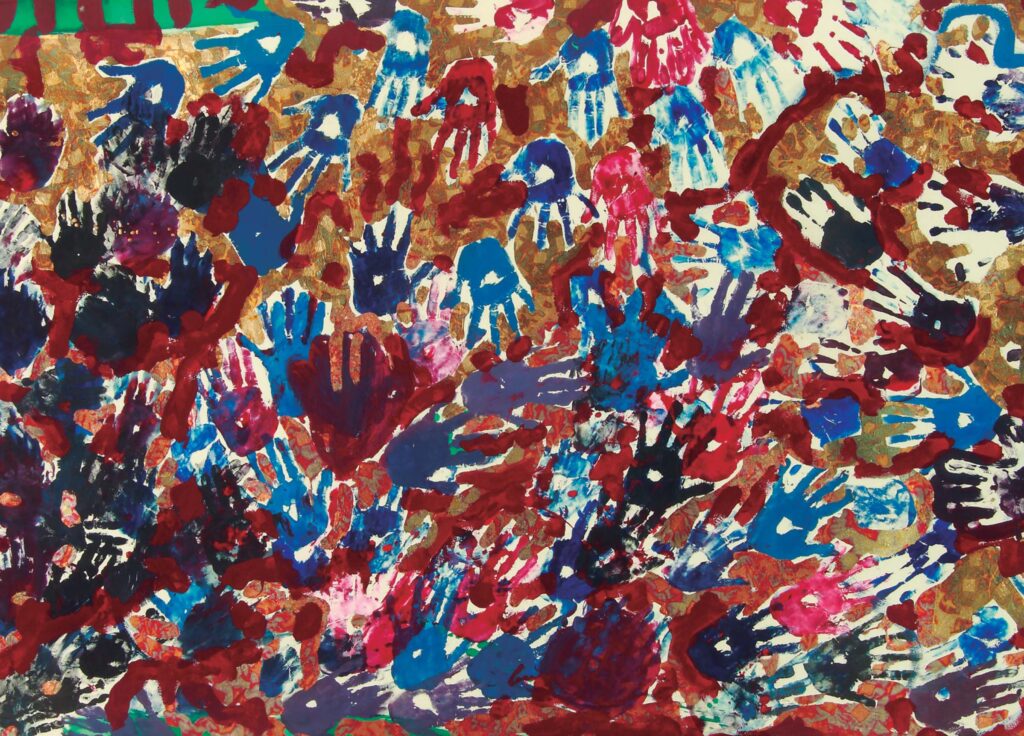 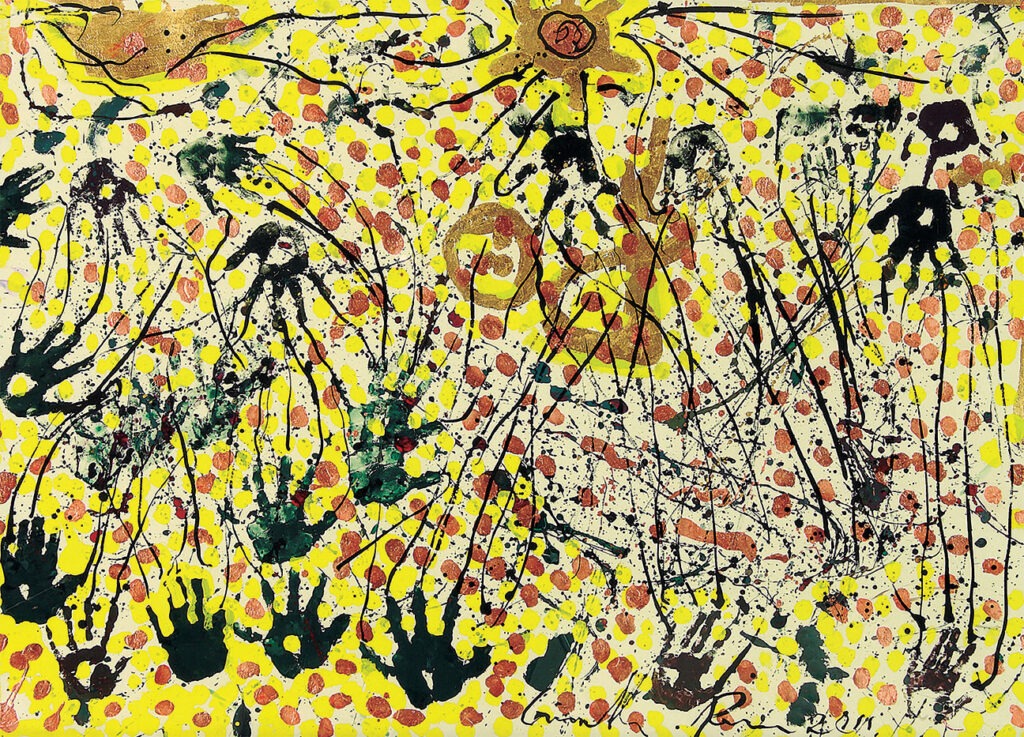