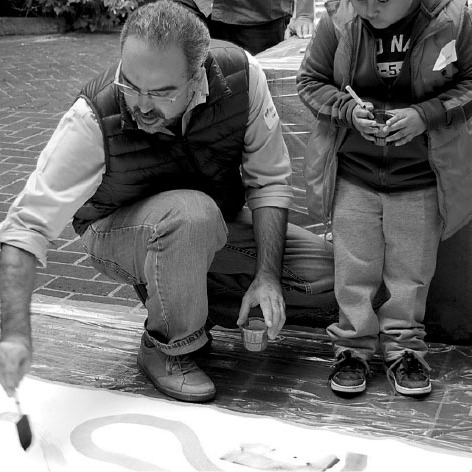 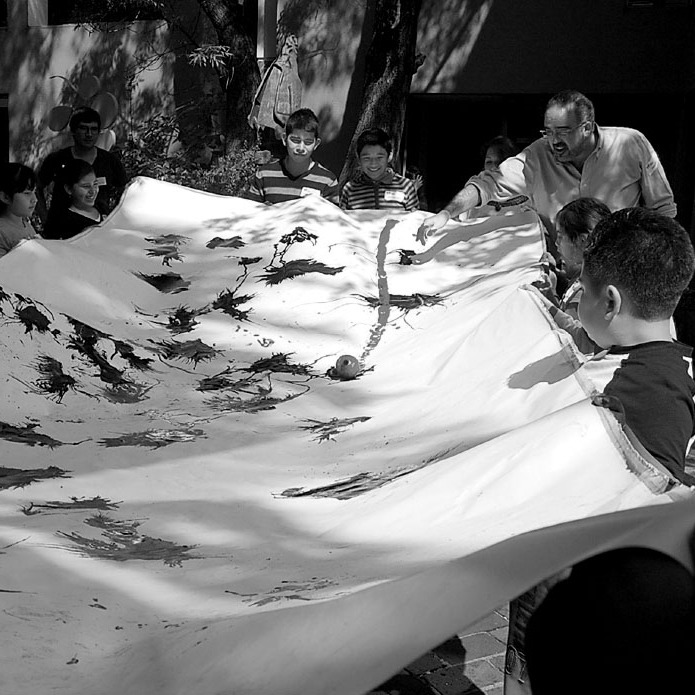 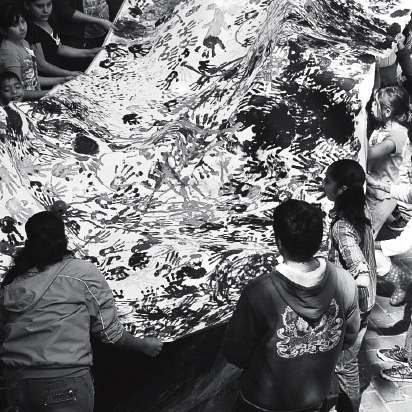 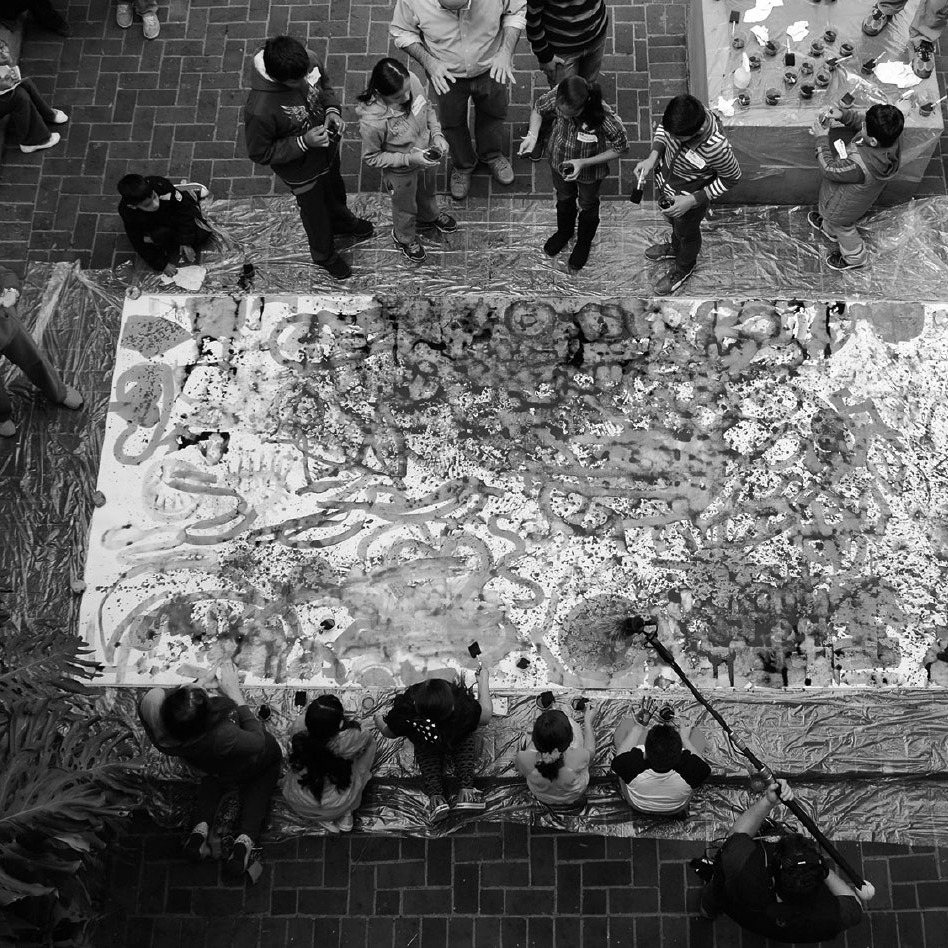 The project Héroes (Heroes) is the culmination of Emiliano Gironella Parra’s workshops with children victims of violence in Mexico, now through the fundation Manos Manchadas de Pintura (Paint-Stained Hands). This workshop took place at the facilities of the El Aire Centro de Arte in Mexico City on the 9th and 10th of November in 2013.

During the span of the workshop, eighteen boys and girls of different ages—all orphaned by parents who were fallen police officers in the war against organized crime and drug trafficking—along with their mothers, participated in this therapeutic work promoting sensitization and designed to help them collectively overcome their trauma through artistic creation.

These activities and art practices were complemented by other creative strategies: stories interpreted by the teacher Rosamaría Durand, choreography and relaxation exercises directed by the dance teacher, Tania Pérez-Salas, and other support activities with the thanatologists Alejandra García Durán, Martha Lidia Ramírez Urbina, and Cecilia Montserrat Cejudo Gutiérrez. Under Emiliano Gironella’s direction and through collaborative processes, four paintings were made in large format, each one measuring 79″ X 197″; in addition, various pieces were executed individually, and twenty-one monotype prints were made using the dusting technique that, as a whole, make up the work called Mural cósmico (Cosmic Mural).